Scales, Dyes and Miniatures by Clarence Harrison (noreply@blogger.com)
Tuesday November 12th, 2013 at 8:50 AM

Jim Masson - For those of us who collect, paint and ‘game with miniature figures there are as many styles and techniques of painting as there are painters…

The vast majority of us spend an inordinate amount of time researching the correct colours for uniforms, flags and equipment before committing brush to metal (or plastic), a process which, if like me you choose obscure periods or theatres, can be very frustrating due to lack of information...

Once we have sufficient information do we stop to assess how the perspective of scale, or the types of materials and dyes could affect these descriptions? 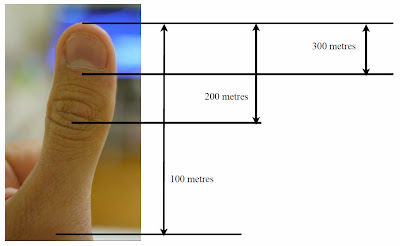 My weapons instructor taught us to estimate distance to a human target by holding your thumb out at arms length. An average man seen at 100 m would be approximately the size of your whole thumb, at 200 metres, the top joint and at 300metres the size of your thumbnail.

Photo from 'Friends of Aldershot Military Museum'
Our popular figures sizes of 28mm & 15mm are the equivalent of 200 and 300 metres distant respectively.

Last year I saw a beautifully painted French Napoleonic mounted unit entered in a painting competition which was so precise and gloss varnished that to my eyes it appeared as glazed porcelain, not as a wargames unit.

The descriptions we read of uniforms, and from where we take our information, are based on a full size uniform held close to the writer. For our models to look authentic on the wargames table we should adjust the shading of each colour to reflect the effective distance at which it is being viewed.

A lot of time is spent by some on debating the exact colour of buttons, etc, when in reality the very existence of buttons would be indistinguishable at distance. Even on the photograph above representing 100 m distance facial features are indistinct, while at 200 m buckles and buttons cannot be distinguished.

It also seems common to treat stated colours as modern materials, i.e. all clothing manufactured would be to a repeatable, consistent, colourfast shade. It should be remembered that synthetic dyes are a modern invention, the first appearing in the 1850’s but taking time to become accepted practice in industry, and also to cover a reasonable
range of colours and shades. For most wargames periods, up to and including the American Civil War, we are looking at natural dyes, on natural materials, which give highly variable results between batches.

Take a familiar, and highly researched article such as the Napoleonic British soldier’s ‘scarlet’ jacket... I fully accept that the Colonel’s uniform may well have been a brilliant scarlet, but those of the lower ranks would have varied from a dull brownish-red through crimson to scarlet - and that’s just when the uniform was freshly issued before any wear and tear.


As can be seen from the above samples natural dyes tend not to give the bright, vibrant colours we are used to seeing around us in modern life. Protein fibres such are wool and silk are the easiest to colour with plant-based dyes, plant based fibres like cotton and linen are much more difficult. Dyes are referred to as being ‘fast’, relatively slow to fade, or ‘fugitive’, faster to fade. Whatever fibre is used dying is a craft, requiring skilled process, a knowledge of which plants can be used to produce the best colours and which can be combined to create additional
shades. Many dyes require the use of a ‘mordant’, a material which improves the ability of the fibre to accept the dyestuff.

Just as the dyes were not of the same quality as modern alternatives, neither were the materials being dyed. Wools, linens, cottons would not have undergone nearly such industrial and chemical processing before being presented for colouring. All the plant dyes would fade over time, assisted by UV light from sunshine and remember that most of the military campaigning was conducted in the spring / summer / autumn months.

Indigo, the blue dye used in denim material, is the same whether sourced from plants (woad or indigo) or created synthetically in the chemical lab. This is a relatively ‘fast’ dye, but we all know how denim material fades on creases and where it rubs...

Finally, uniforms of our period tended to be paid for by the colonel, so would be unlikely to have been of the highest quality available at the time. Additionally it should be remembered that various items of clothing would wear out at varying rates so breeches / trousers, stockings, coats, neck cloths, knapsacks, etc. could all vary in colour within a unit which has been in the field for any time.

Editor: We want to thank Jim for letting us use this fantastic article. For a practical application of these principles, check out our FEATURED REGIMENT: Gard te Voet post, a favorite unit around here when discussing dyes and color fastness!
Read the whole story 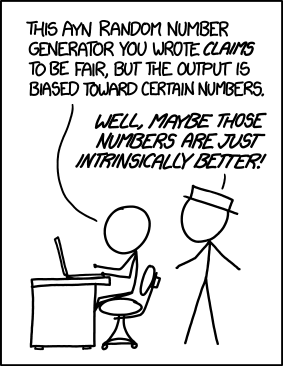 DGA51
reply
They are just 1% of all possible numbers dontcha know?
Central Pennsyltucky

cdominik
Reminds me of Steve Jobs explaining that they de-randomized the iPod Shuffle Settings due to User complaints. IIRC, it was something like making sure that songs that followed on each other on the original CD will never follow each other in random shuffle, because people complained that this was "not random enough"

NB togther is as in source.
Hong Kong

rjstegbauer
Hey! My invitation must have gotten lost. -- Randy

I keep confusing Ayn Rand and Ann Rice. But then I remember one of them writes unbelievable fantasy with morally bankrupt "heroes" that behave utterly unlike humans and have no souls, while the other writes vampire stuff.
Columbia, MD

crossoverman
Gold!
Nitpick: intrinsic value is quite at odds with Objectivism. See http://objectivism101.com/Lectures/Lecture29.shtml for details but tl;dr: something (be it a rock or a person) can only be of value to a person.

It Came From The Forums: Insane Slaanesh Conversions from Nerdfest09!! by TJ Atwell (noreply@blogger.com)
Monday September 2nd, 2013 at 6:17 PM

1 Comment
TJ here and this week features the sickest Slaaneshi themed Chaos Marines I have ever seen! Of course, I am talking about Nerdfest09 and his work on Dakka Dakka!

The first model up is the Slaaneshi Helsak, his take on the Heldrake, which features a drake spun backward and kitbashed with a Tervigon's belly and some Plaguedrone parts.
The conversion work is very tight and looks as though the model came out of the box this way. The paintjob however is just incredible, the pinks and purples and the full range of each just go so well with the dirtied alabaster of the shell, along with the glowing vents and freehand.
The flow of the whole model and the bizarre shape are awesome and totally unique, reminding me of some of the more bizarre influences of horror and sci fi. this is easily one of my favorite takes on the drake and I would love to see it on a table.
It doesn't stop there though, the Slaaneshi lord here is outrageous, the pinks and purples again are awesome, but the subtle conversions, mixed with nice little details like the zebra tabbard make the model pop at a distance ...
While the incredible detail work on the head and face set you up for the one-two punch upon close inspection.
Next up is the mauler fiend. This one is covered with tentacles and puckered orifices, perfect for a hellish Slaaneshi version of the beast!
The freehand work is just out of control on this model and all the subtle blending across the model makes every contrast pop.
The daemon prince here is another great kit bash and a showcase on freehand paint. I am a big fan of tattoos on models when they are done correctly.
The best part about this though, is that Nerdfest is currently working on this army, so if you follow the link at the bottom of this post, you can go and see and even comment on new projects like ... 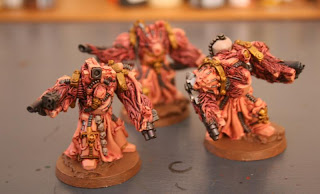 ... These oblits from the Hi-Tech Miniatures range.

Chaos isn't the only thing he has done though, take a look at the link below and you will find a ton of projects like these wolves above. I have no doubt you will be impressed with what you find!

Definitely referring to my boobs as the Mountains of Madness for the foreseeable future.
Brooklyn, NY

VLC media player returns to the App Store by Michael Grothaus
Friday July 19th, 2013 at 8:52 AM

After a two and a half year absence, multi-format video player VLC is set to return to iOS. The new VLC app has already gone live in some regions, but should be in all stores, including the US store, by 11PM EST. Once the app goes live, you can download it here.

A version of VLC was removed from the App Store in January of 2011 because of complaints from one of VLC's lead contributors who alleged that version of VLC for iOS violated the GPL license. The new version of VLC, released today, is licensed under Mozilla Public License v2, which is applicable to apps distributed on the App Store.

Here's some of VLC iOS features:

VLC media player returns to the App Store originally appeared on TUAW - The Unofficial Apple Weblog on Thu, 18 Jul 2013 22:00:00 EST. Please see our terms for use of feeds. 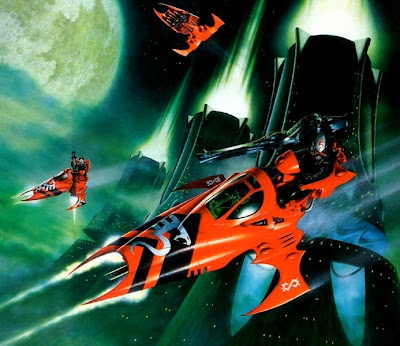 Apocalypse is now up for pre-orders, and with it came one click bundles where you could buy the formations that you wanted for your army with a single click of a button. This was reported last week, and it followed that some of the bundles could be purchased cheaper on the Games Workshop site than what the one click bundles offered.
Read more »